Gina Lollobrigida dies at 95: The Italian bombshell who was courted by royalty and conquered Hollywood before becoming embroiled in a notorious feud with Sophia Loren and taking up politics passes away

Italian actress and artist Gina Lollobrigida has died at the age of 95 today, reports Italian news agency ANSA. Once known as the Mona Lisa of the 20th century thanks to her striking good looks, Gina shot to fame in the 1950s as a Mediterranean sexual symbol, before later becoming a photographer and sculptor after stepping away from the movie world. 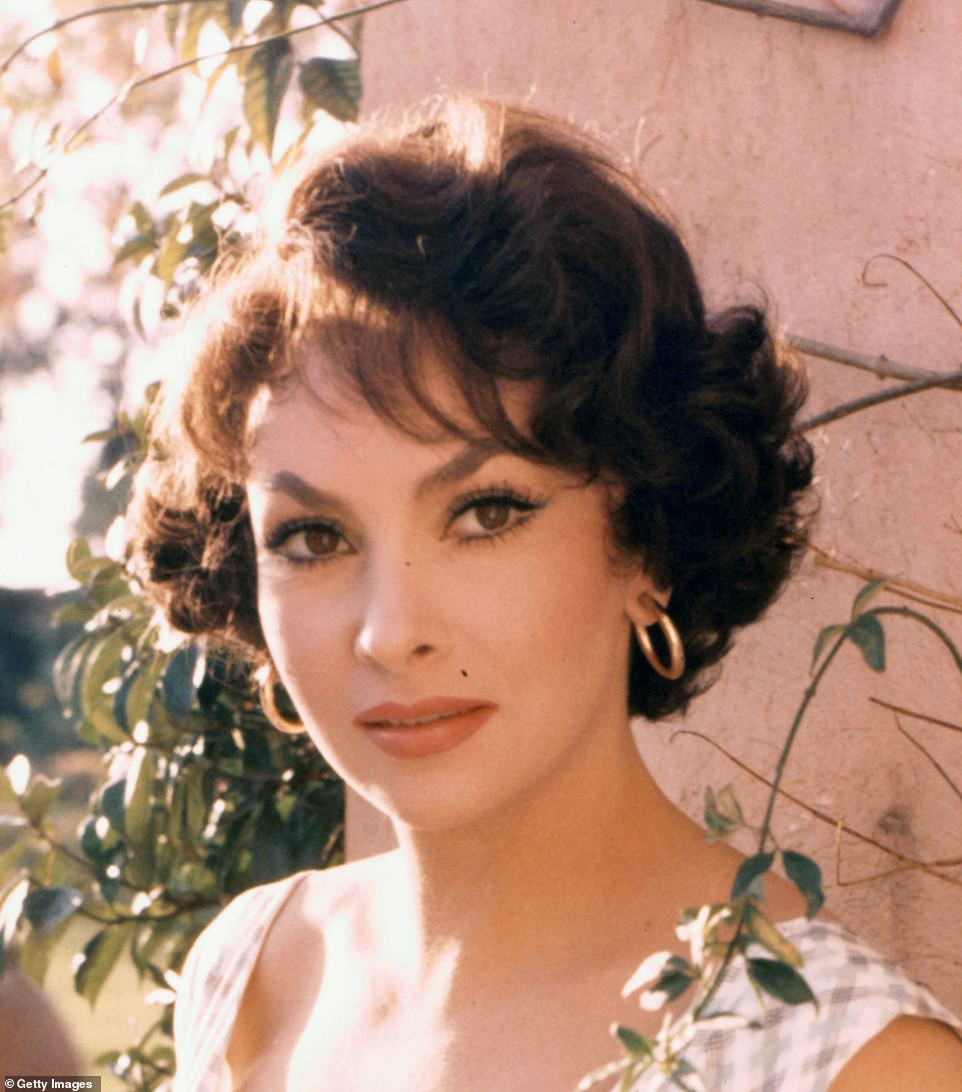 She even made a foray into politics last year, standing in the Italian general election just after her 95th birthday, though she failed to gain election to parliament. This followed her standing unsuccessfully for the European Parliament in 1999, representing Romano Prodi’s centrist Democratic party. 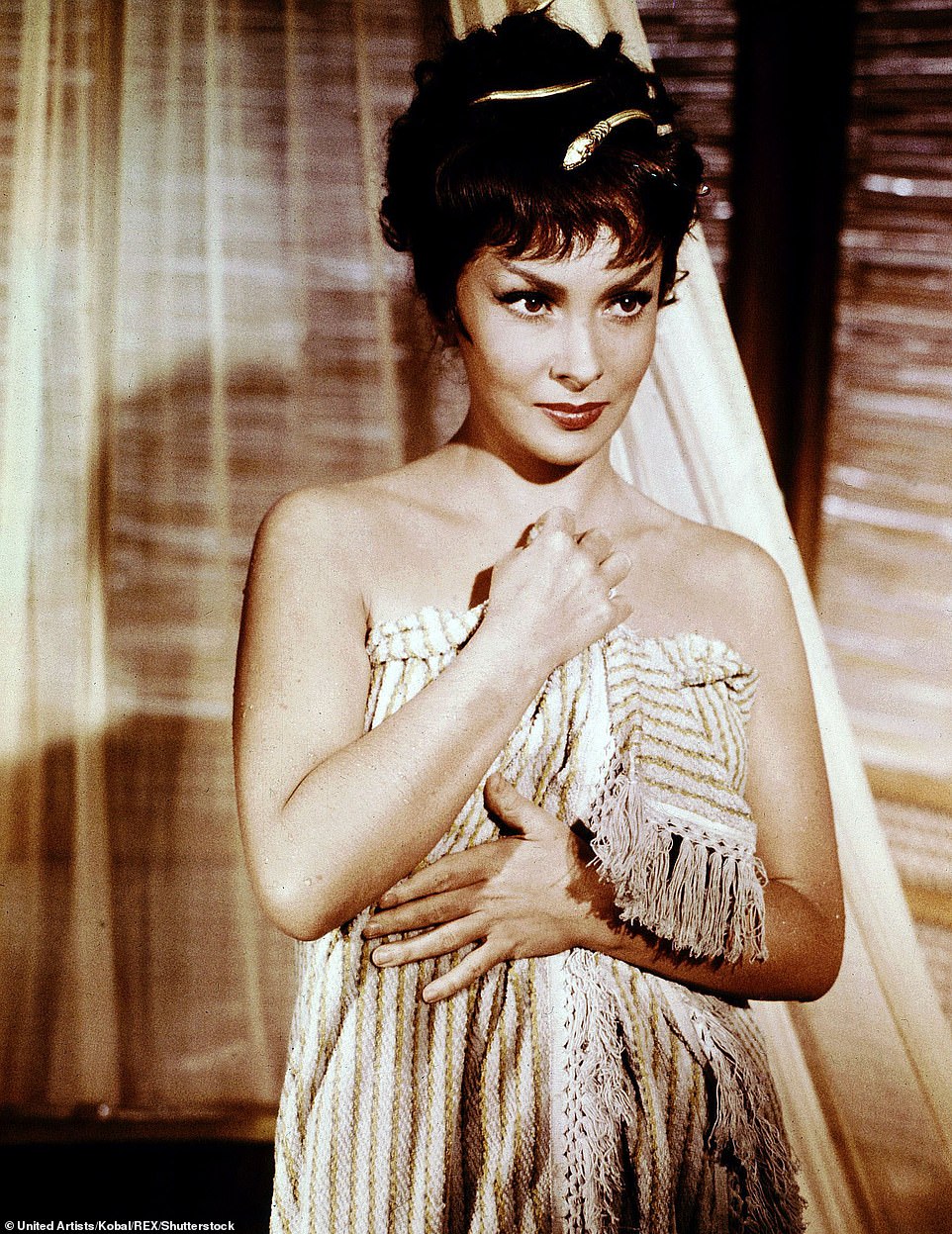 Known simply as ‘La Lollo,’ at the height of her fame in the 1950s and 1960s, Gina was internationally recognized as the epitome of Italian post-war cinema, rivaled only by Sophia Loren — with whom she shared an ongoing feud. As recently as 2017, some ill feelings still appeared apparent, with Gina telling Italian newspaper the Corriere della Sera that she ‘was not looking for any rivalry against anyone,’ describing herself as the ‘number one.’ 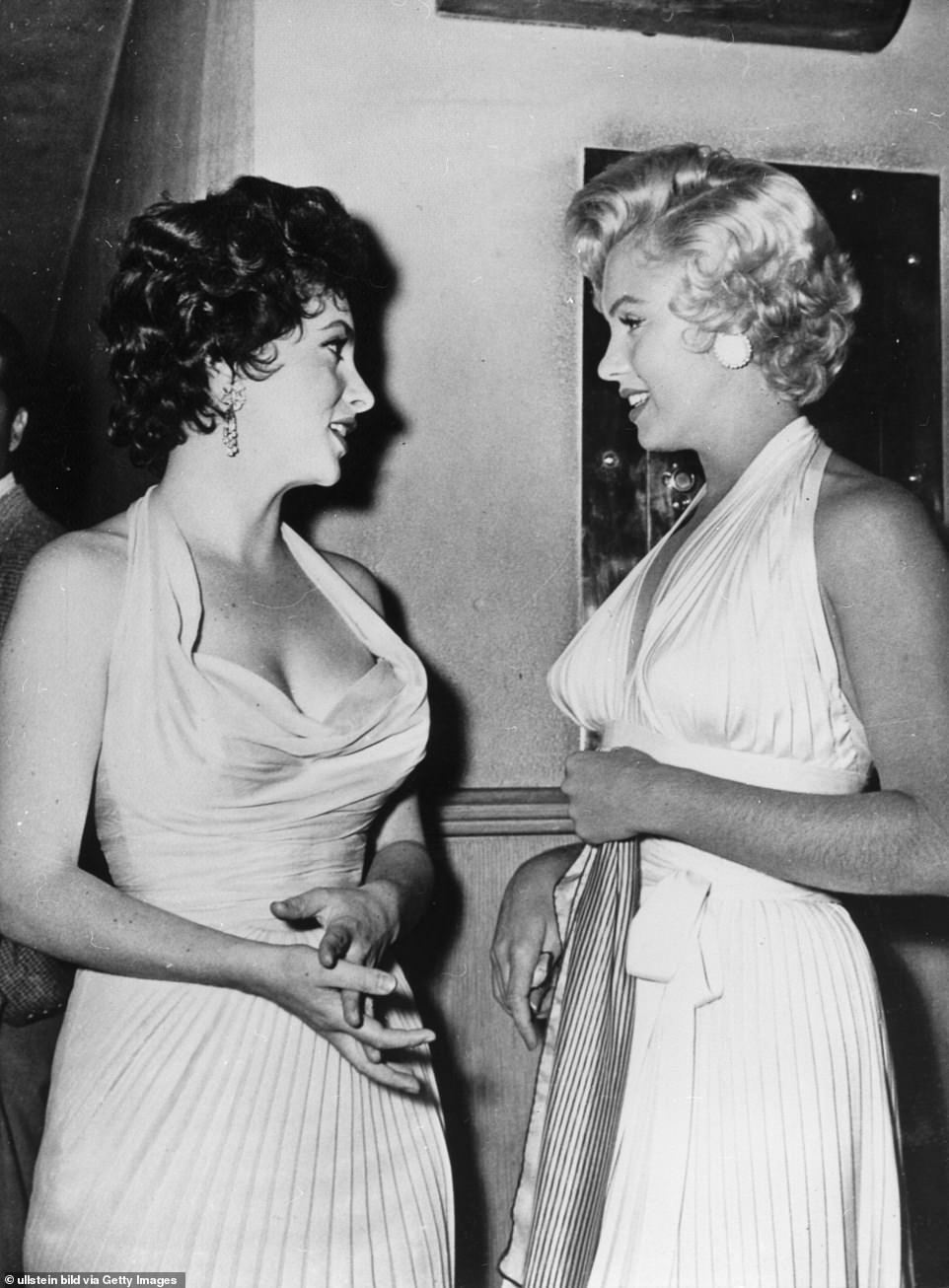 Described as career rivals, the two reportedly shared a war of words, with Sophia describing herself as the ‘bustier’ of the two, and Gina retorting that Sophia could ‘play a peasant, but never a lady.’ However Gina described the feud as a PR invention kept alive by Sophia’s team, who alone kept it alive for decades. Now tributes have started coming in for the actress, with culture minister Gennaro Sangiuliano writing on Twitter: ‘Farewell to a diva of the silver screen, protagonist of more than half a century of Italian cinema history. Her charm will remain eternal.’ Pictured: Gina with Marilyn Monroe in 1962. 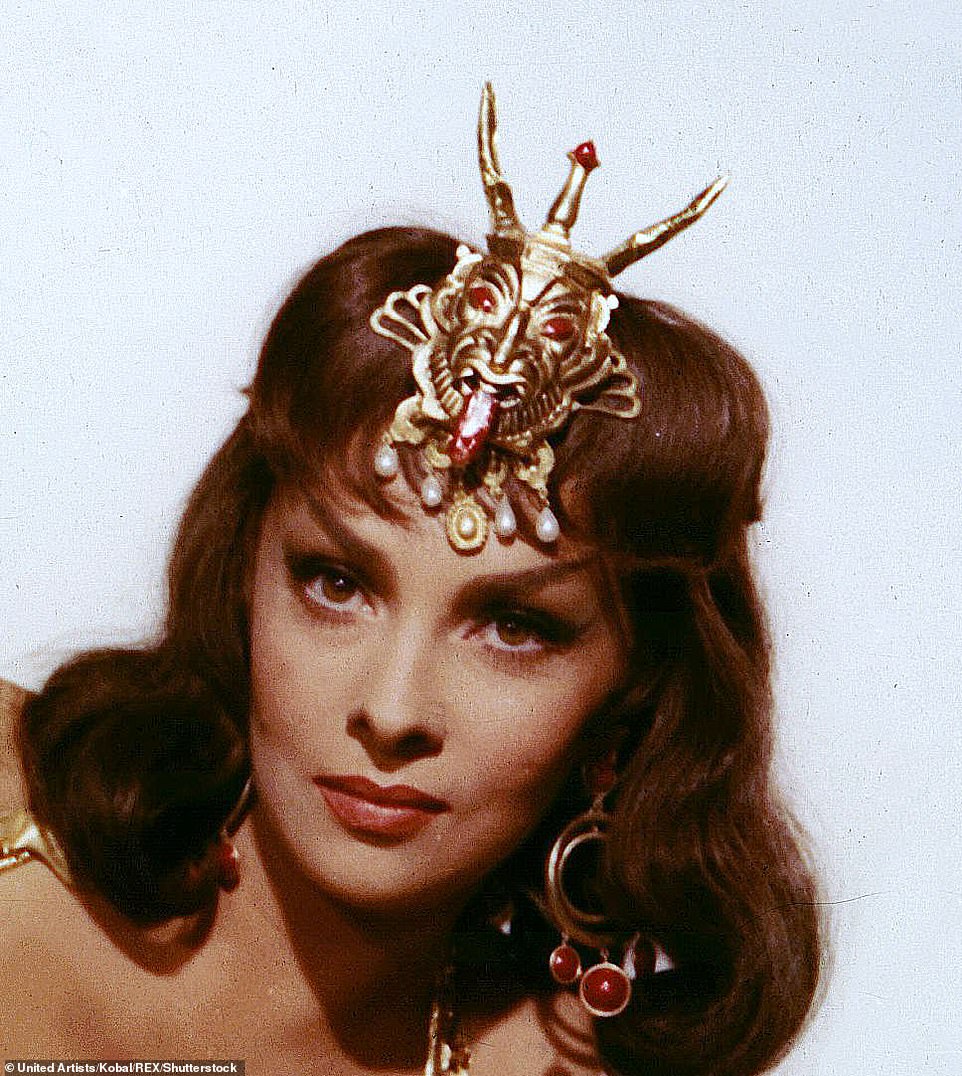 Born to a working class family in 1927, in a poor mountainous area east of Rome, Gina studied sculpture, then got her break in the film world after finishing third in the 1947 Miss Italia beauty contest — the winner that year was Lucia Bose. One of her earliest performances was as Gemma, the unhappy adulteress in the 1953 film by director Mario Soldati ‘The Wayward Wife’ (La Provinciale). 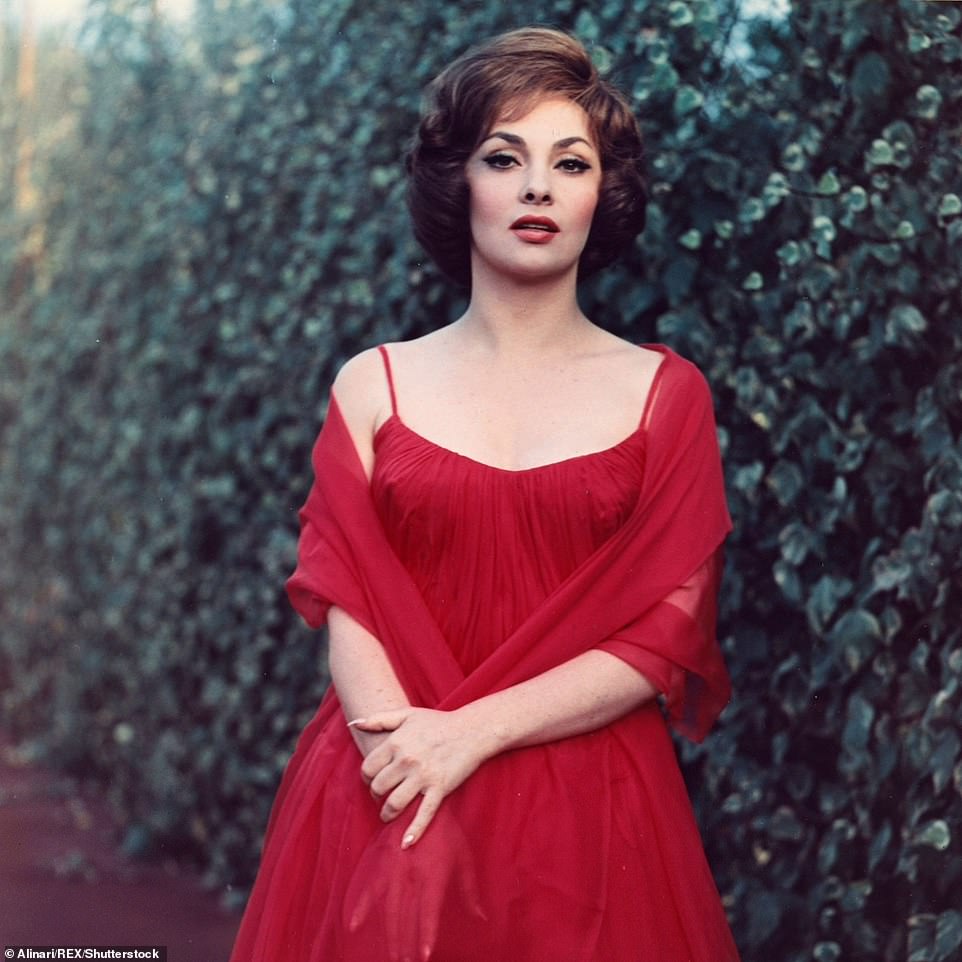 She burst to fame in Italy with the leading roles in two Italian comedies by Luigi Comencini — ‘Bread, Love and Dreams,’ and ‘Bread, Love and Jealousy.’ A role opposite Humphrey Bogart in John Huston’s 1954 film ‘Beat the Devil,’ sealed her worldwide fame and in 1955 she made what became one of her signature films, ‘The World’s Most Beautiful Woman.’ She was also directed by other film luminaries such as Rene Clair and Carol Reed. 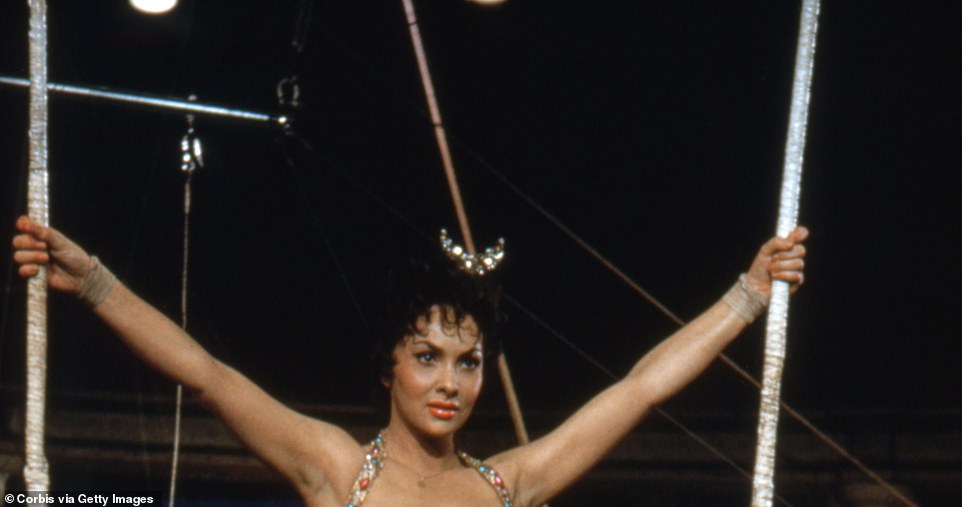 But despite playing opposite American stars such as Frank Sinatra and Burt Lancaster, Gina never clicked with Hollywood and preferred to work closer to home, making films throughout the 1960s with directors such as Mario Bolognini. Perhaps her last well-known movie was ‘Buona Sera, Mrs. Campbell,’ a farce by director Melvin Frank which also starred Phil Silvers, Peter Lawford and Telly Savalas. In it, she played Carla, an Italian woman who had affairs with three American soldiers during World War Two and meets them all again during a squadron reunion 20 years later. 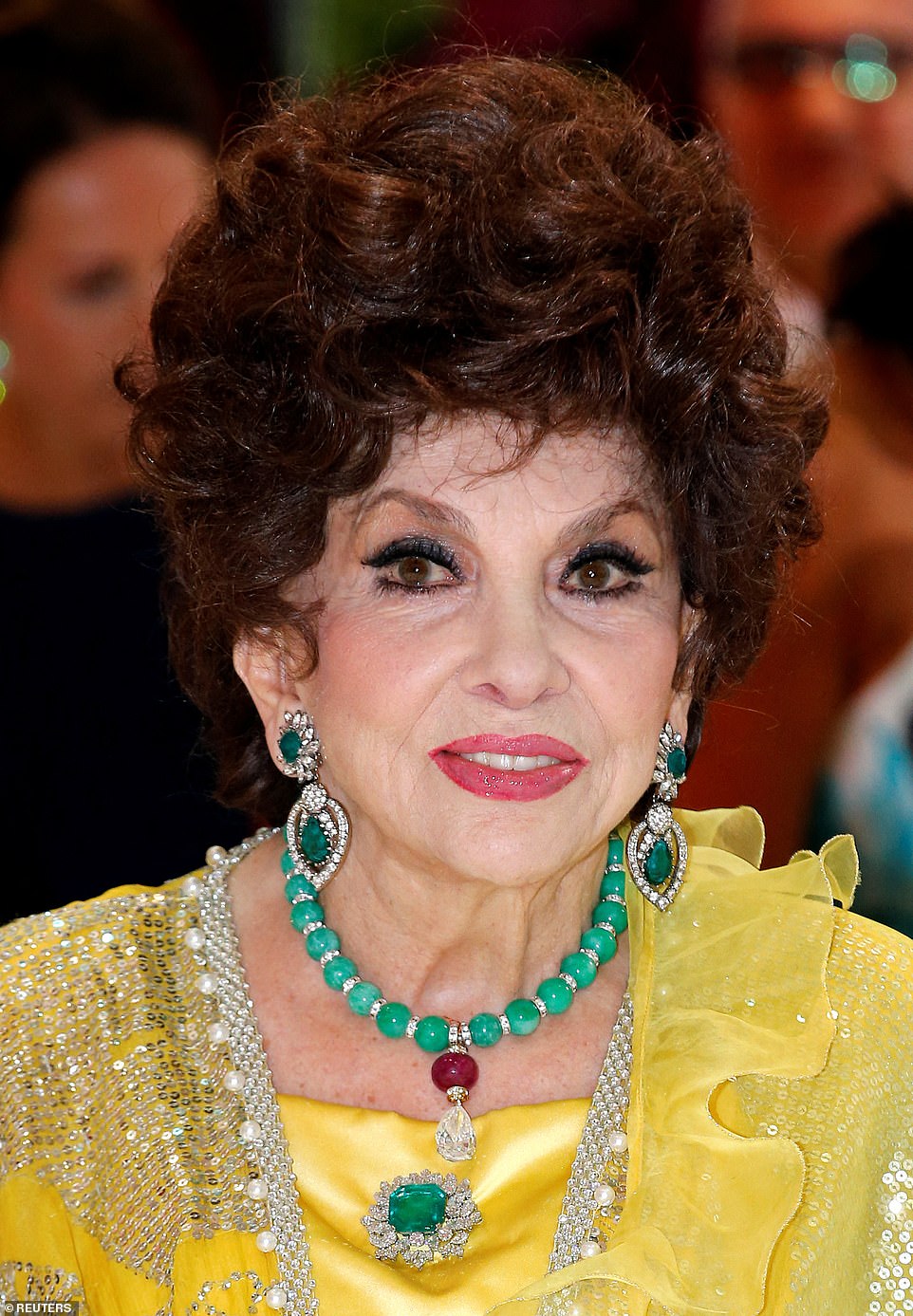 Born on July 4, 1927, Lollobrigida fled the rural area of her birth with her family during World War Two and was later sent to the Academy of Fine Arts in the capital to complete her education. She first earned her living as a model for fotoromanzi, the photographic novels avidly read in Italy, using the stage name Diana Loris. Gina accompanied her success on the screen with a hectic, often turbulent life that provided a rich source for Italian paparazzi and gossip writers. She tried to guard her private life, retreating to an isolated villa on Rome’s ancient Appian Way, which was decorated with her own sculptures and paintings as well art she collected on her world travels. In 1950 she married Yugoslav emigre doctor Milko Skofic, who became her manager. They couple had one son, Milko Junior. 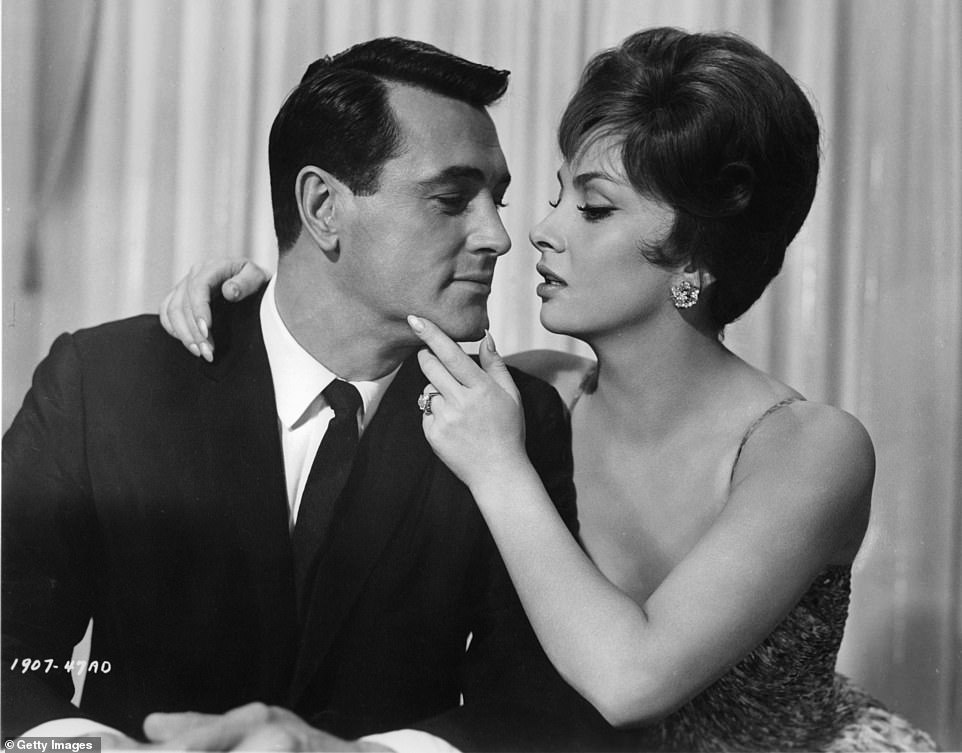 They separated after nearly 17 years, and Lollobrigida said later she had no intention of remarrying. ‘Marriages are boring and almost always like funerals, and couples so often restrict each other too much,’ she said. When she stopped making films, Lollobrigida developed new careers as a photographer and sculptor and was also a goodwill ambassador for the United Nations Children’s Fund (UNICEF), and its Food and Agriculture Organization (FAO). Between 1972 and 1994 she published six books of her photographs, including Italia Mia (My Italy), The Philippines, and the Wonder of Innocence, photographs of and for children. ‘Children with their big wide-open eyes question us. Their looks should help us to forsake selfishness that undoubtedly leaves our hearts quite bare,’ she wrote in its introduction. Pictured: Lollobrigida with Rock Hudson in a scene from 1961 film Come September. 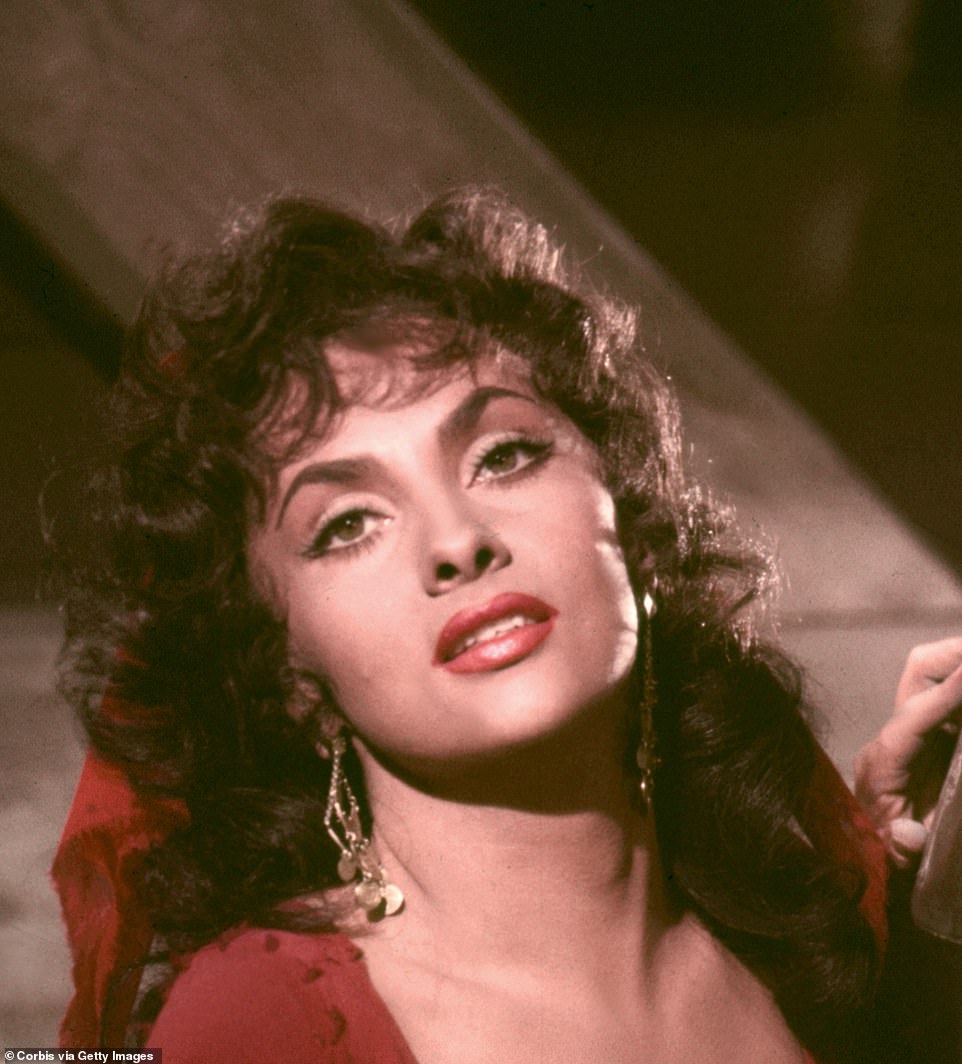 In 1975 she made a documentary film ‘Portrait of Fidel Castro,’ and for years was surrounded by rumors that she had had an affair with the Cuban leader. In her later years she returned to her first love, sculpting, keeping a summer home in the Tuscan city of Pietrasanta, an artist’s colony where she worked with sculptors such as Bottero. She had a one-woman show there in 2008 and dedicated it to her friend, the late opera singer Maria Callas. Exhibitions of her marble and bronze statues were also held in Paris and Moscow and the United States. Pictured: Gina on the set of the 1956 version of The Hunchback of Notre Dame.

Tempestuous and impulsive by nature, Gina made headlines again in 2006, when, at age 79, she announced that she would marry a man 34 years her junior. She later called off the wedding, blaming the media for spoiling it. ‘All my life I wanted a real love, an authentic love, but I have never had one. No one has ever truly loved me. I am a cumbersome woman,’ she told an interviewer when she was 80. 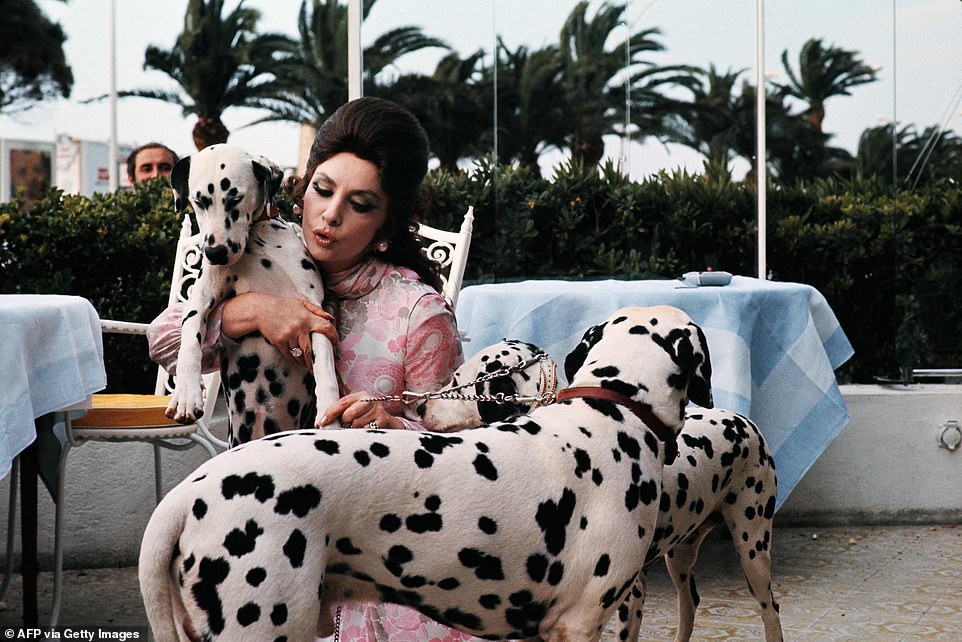 In 2013, when she was 85, an auction of her jewelry by Sotheby’s in Geneva fetched $4.9 million and set a record for a pair of diamond and pearl earrings, which sold for $2.37 million. The proceeds went to stem cell research. ‘Jewels are meant to give pleasure and for many years I had enormous pleasure wearing mine,’ she said. ‘ Selling my jewels to help raise awareness of stem cell therapy, which can cure so many illnesses, seems to me a wonderful use to which to put them.’ Pictured: The late actress is seen at the Hotel Carlton after arriving with four Dalmatians during the 25th Cannes International Film Festival in 1972.