Come and get it: Fearless female ex-MP with the enemy in her sights dons military fatigues to battle Russian troops with anti-tank missiles

As an investigative journalist, activist and former MP, she is already known to be a fearsome figure in Ukraine.

But Tetiana Chornovol looked even more formidable yesterday as she took on her new role – fighting off Russian invaders with anti-tank weapons.

She was seen in full military uniform examining footage of a tank that she had struck while defending Kyiv.

Miss Chornovol, 42, is one of many high-profile members of Ukraine’s territorial defence service who have paused their day jobs to take up arms. 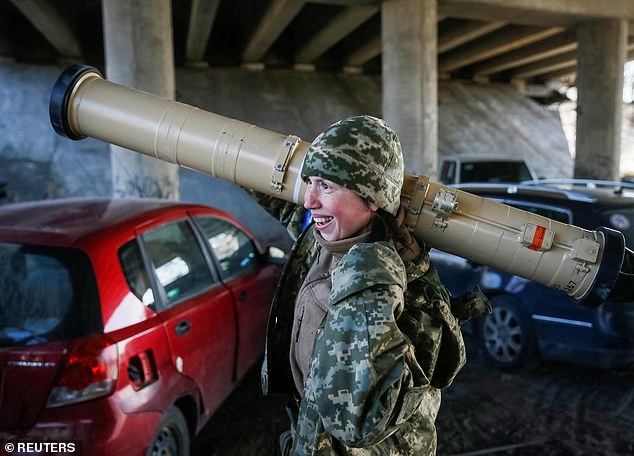 The former member of the Ukrainian Parliament, service member and operator of an anti-tank guided missile weapon system, carries an anti-tank missile at a position on the front line 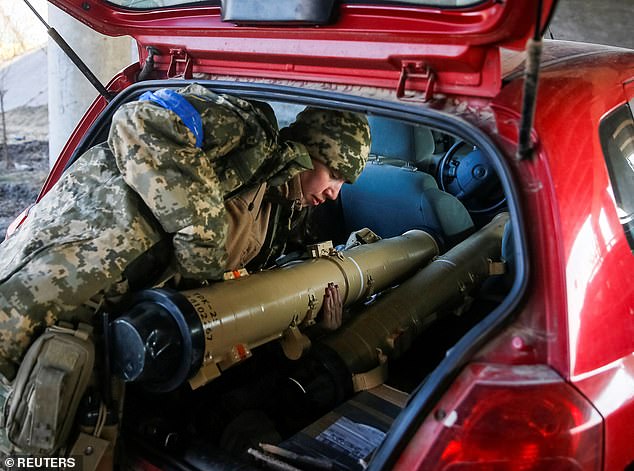 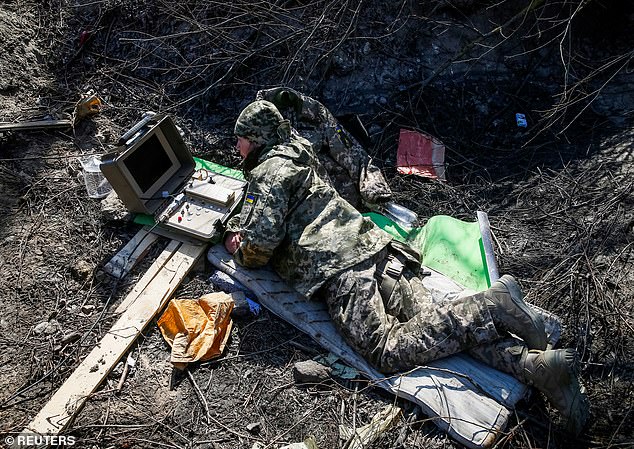 The former MP is pictured at a position on the front line, amid Russia’s invasion of Ukraine, in the Kyiv region 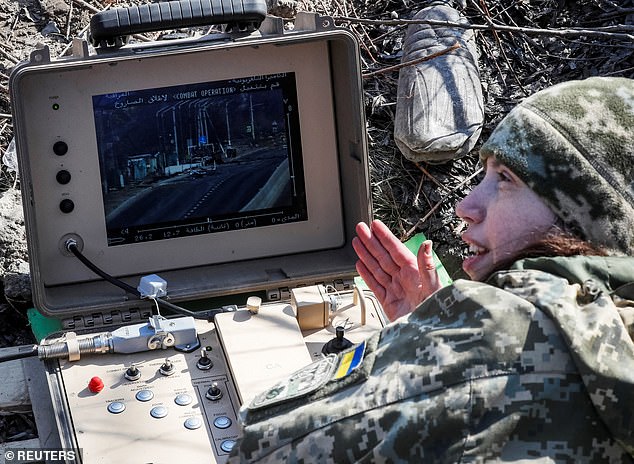 Before becoming an MP in 2014, she was one of the leaders of the Euromaidan revolution – a wave of pro-European, anti-corruption demonstrations that erupted in 2013.

She has frequently been attacked for her hard-hitting investigations as a journalist – even facing trumped up murder charges for her role in protests.

During the Euromaidan protests, Miss Chornovol was brutally beaten up, suffering a broken nose and huge bruises on her face.

Russia’s annexation of Crimea followed soon after the unrest culminated in Ukraine’s government being ousted.

The mother of two is now using his AK47 in the fight to repel Vladimir Putin’s army and save her country’s freedom. 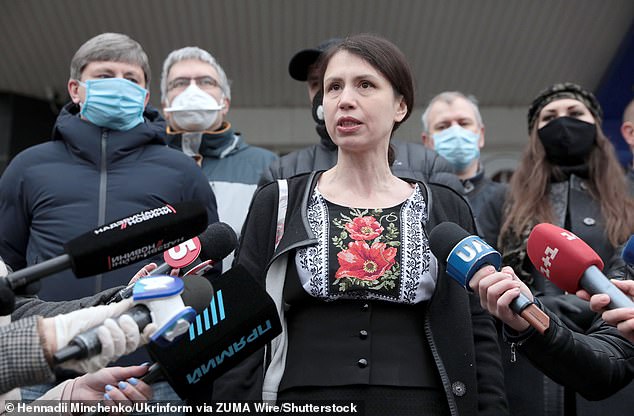