By Charlotte Mitchell For Mailonline

The group posted a statement claiming responsibility from their Telegram account on Thursday, following the attacks earlier today.

The two explosions, one of which hit Kabul airport, the other a nearby hotel, had been blamed on ISIS-K, a regional affiliate of the so-called Islamic State that operates in Afghanistan and Pakistan. 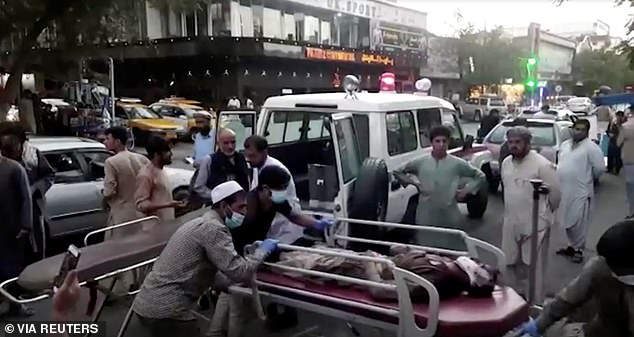