By HARRIET ALEXANDER FOR DAILYMAIL.COM

Chuck Yeager died on Monday at the age of 97, his wife Victoria has confirmed.

‘It is w/ profound sorrow, I must tell you that my life love General Chuck Yeager passed just before 9pm ET,’ a message posted on Twitter read. 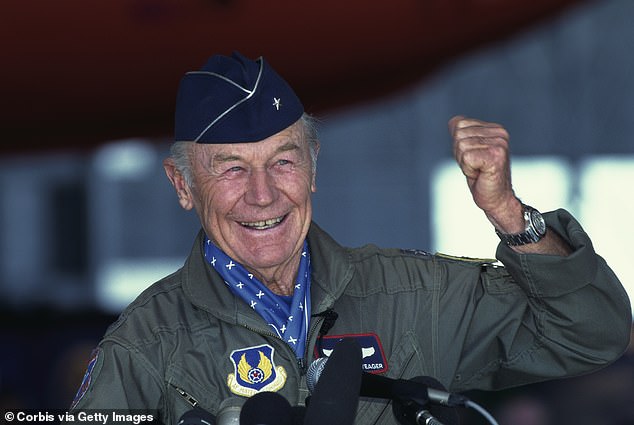 Yeager next to the plane in which he broke the sound barrier, which he named after his wife

Yeager is widely acknowledged as one of the greatest fighter pilots to have ever lived.

He rose to fame in the Second World War, becoming a fighter pilot and shooting down at least 11 enemy aircraft.

In 1947 he became the first pilot confirmed to have broken the speed of sound, in level flight.

He went on to become a test pilot, breaking numerous records for speed and altitude, and then fight in Vietnam. 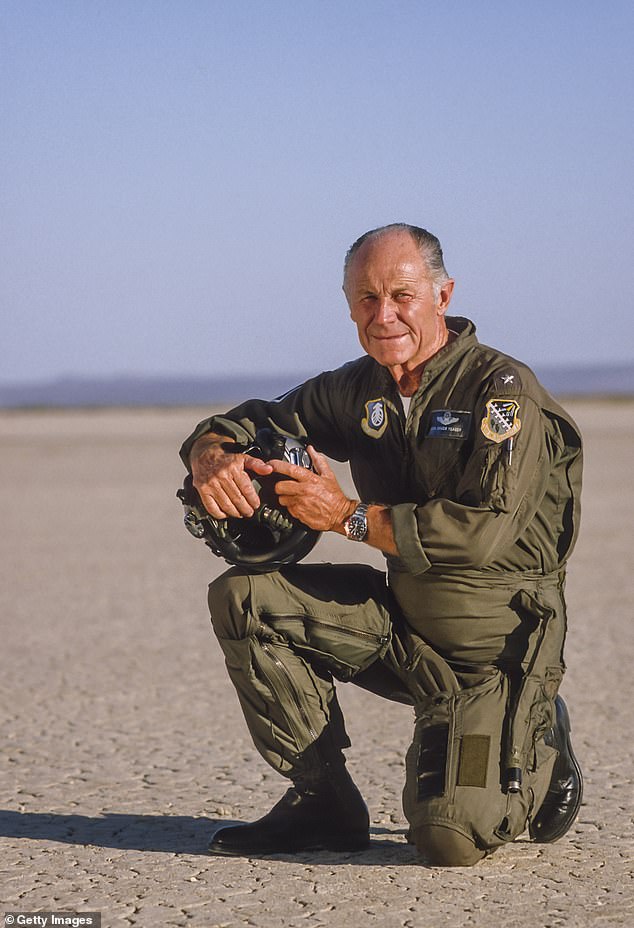 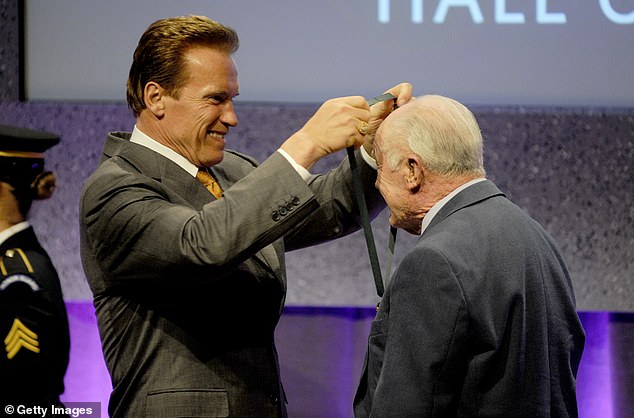 Arnold Schwarzenegger, the then-governor of California, is pictured inducting Yeager into the California Hall of Fame in 2009

Born in February 1923 to farmers in Myra, West Virginia, he had his first taste of military life as a teenager, joining the Citizens Military Training Camp in Indiana.

At the age of 22 he married Glennis, with whom he would have four children.

The pair were married for 45 years, until her death from cancer in 1990. 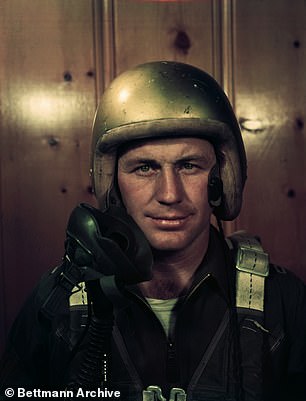 Yeager enlisted in September 1941, and was initially considered too young to fly

Yeager enlisted in September 1941, but was initially not accepted for flight training giving his age and educational background.

When the U.S. entered the war three months later, however, the Air Force changed its requirements and Yeager was accepted, thanks in part to his remarkable 20/10 vision, which once enabled him to shoot a deer at 600 yards.

Yeager was initially a flight mechanic before being given his wings.

His first posting was to Britain, where he flew P-51 Mustangs with the 363d Fighter Squadron.

On his eighth mission, in March 1944, he was shot down over France. Rescued by the French Resistance, he was spirited away to Spain, and remained with the guerrillas for two months, helping them make bombs.

Yeager would be awarded the Bronze Star for his efforts in France and Spain, when he helped another crashed pilot, B-17 bombardier Omar ‘Pat’ Patterson, to cross the Pyrenees when he was suffering from hypothermia. 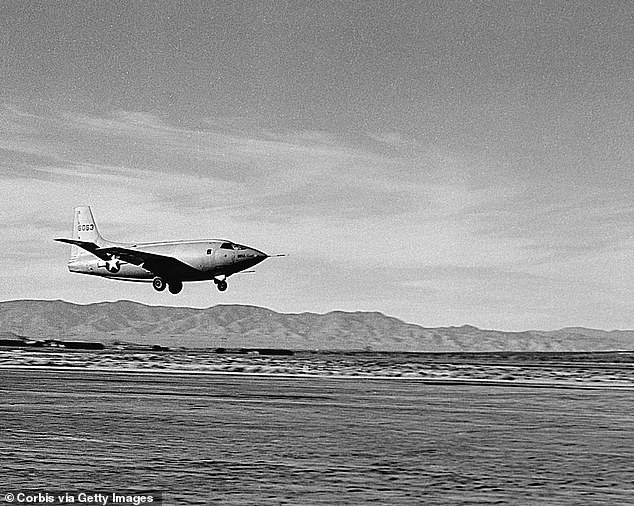 Yeager was not supposed to fly over enemy territory again: having been shot down once, the fear was that if he was shot down again he could give away information about the Resistance.

However Yeager and another ‘evader’, as the pilots who were shot down and escaped were known, pleaded their case directly before Dwight Eisenhower, the Supreme Allied Commander, and convinced him to allow them to fly again.

Four months later, in October 1944, he became the first pilot in his group to make ‘ace in a day’ – becoming an ‘ace’ by shooting down five planes, but doing it in only one day.

Two of the five planes were downed without firing a single shot: Yeager maneuvered into a firing position, and the German pilot panicked, swerving his Messerschmitt Bf 109 into his wingman and the two planes crashing.

Yeager was clear-eyed about the cost of war.

In his 1968 memoir, he wrote that ‘atrocities were committed by both sides’.

He was part of a mission with orders to ‘strafe anything that moved’, an wrote: ‘I’m certainly not proud of that particular strafing mission against civilians. But it is there, on the record and in my memory.’ 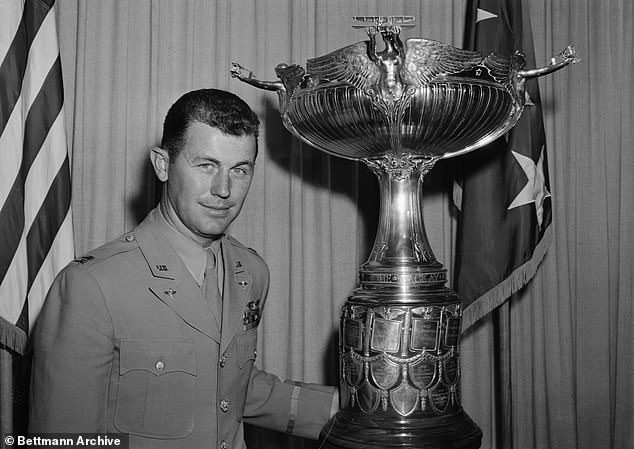 Yeager is pictured with the MacKay Trophy, awarded to the Air Force member making the most meritorious flight of the year

After the war, Yeager, as an ‘evader’ was given his choice of assignments and chose Wright Field, to be close to his West Virginia home.

He became a test pilot, and was selected for the attempt to break the sound barrier in the Bell X-1 which, like all his planes, he named Glamorous Glennis after his wife.