What Polling Can Tell Us 100 Days From the Election

Joe Biden has maintained steady lead over President Trump, but will it hold up? 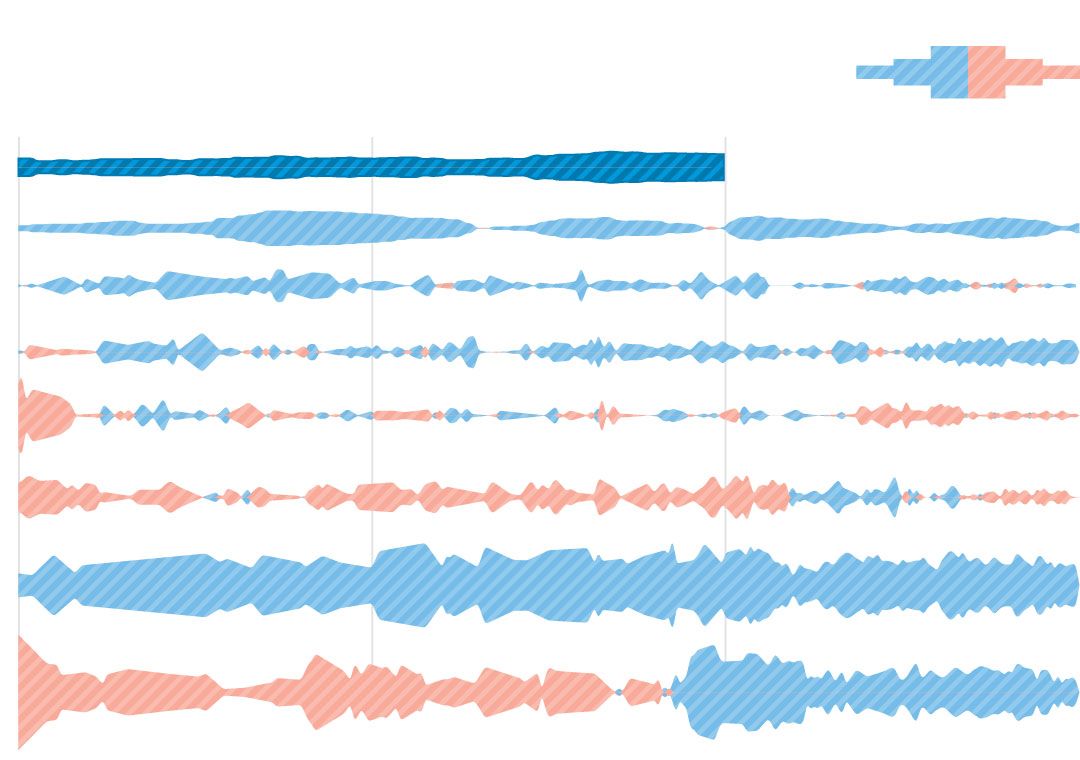 Biden’s lead over Trump has been

The 2020 presidential election marks an important milestone Sunday as the race enters its final 100 days. Against the backdrop of the coronavirus pandemic, Joe Biden and President Trump have been mostly derailed from conducting the kind of campaigns voters have come to expect.

How that ultimately will factor into the outcome is unclear, but recent polling has provided encouraging news for the Democratic challenger.

In the Real Clear Politics average of national polls, Mr. Biden leads Mr. Trump by nearly nine points. That is the largest such gap at this point in the cycle by any candidate since President Clinton’s re-election campaign in 1996, based on historical poll averages compiled by political scientists Robert S. Erikson of Columbia University and Christopher Wlezien of the University of Texas at Austin. (Their methodology for computing historical daily poll averages differs somewhat from that of Real Clear Politics, but the data provide a reasonable baseline for comparing the current race.) 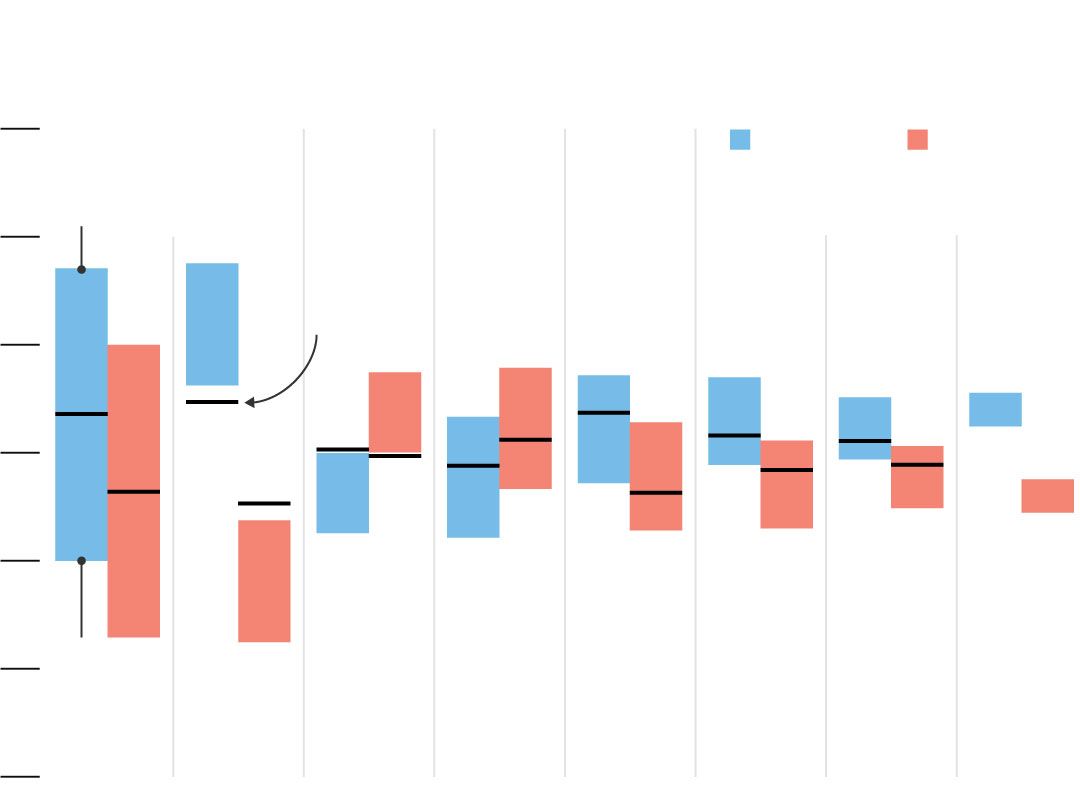 How poll averages have fluctuated during the period 100–200 days

But perhaps more remarkable than the spread between the candidates has been the stability of the race thus far. Messrs. Biden and Trump have both polled in an unusually narrow range, with average support for each varying by only a few points in the past six months.

In addition, the high end of Mr. Trump’s range hasn’t ever matched Mr. Biden’s polling floor to date. That hasn’t happened this close to Election Day since Sen. Bob Dole trailed far behind Mr. Clinton in 1996. Moreover, since 1992, the final national popular vote has nearly always fallen within the range of poll averages during the period between 100 and 200 days out.

The correlation between average poll standings at this point in the campaign and the final national popular vote is fairly strong. Nearly all of the outliers were candidates who were registering north of 60% of the two-party vote in poll averages 100 days out. Those eventual winners saw their support dampen a bit by Election Day, but most still won by comfortable margins.

Mr. Trump’s share of the two-party vote currently sits just above 45%, lower than any eventual popular-vote winner since 1988. But it is worth noting that then-Vice President George H.W. Bush overcame the biggest 100-day deficit of an eventual winner—nearly 20 points—thanks to a series of missteps by opponent Michael Dukakis and a hard-hitting ad campaign attacking the Democratic nominee.

Moreover, two popular-vote winners in the last 20 years lost in the Electoral College vote: Al Gore in 2000 and Hillary Clinton in 2016. 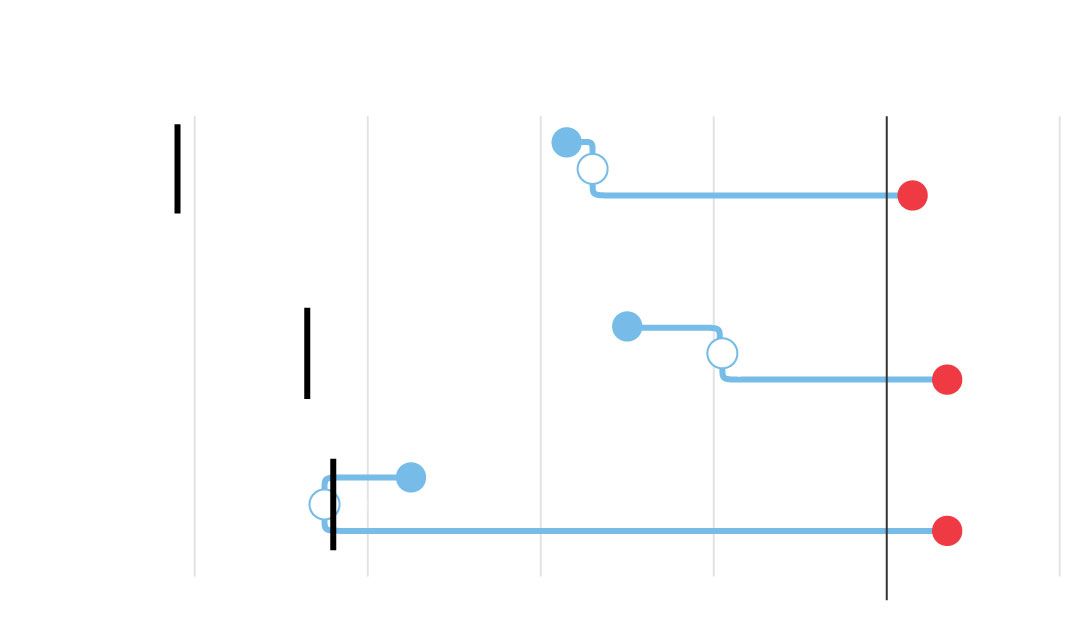 Polling averages and results in the closest states of 2016

That popular vote/electoral vote split might be the most enduring lesson of 2016. While national polls were among the most accurate in estimating the popular vote since 1936—the final Real Clear Politics average gave Mrs. Clinton a 3.2-point advantage, while her actual popular-vote margin was 2.1 points—Mr. Trump emerged victorious thanks to narrow wins in key states, including Michigan, Pennsylvania and Wisconsin. And state polls there missed the mark for various reasons.

However, in at least two of those states—Michigan and Pennsylvania—Mr. Biden’s current lead in poll averages is more than double what Mrs. Clinton’s was at the same point in time. That should be a sign of concern for the Trump campaign, since he won those three states by a combined 77,744 votes—just over one-half of 1% of the trio’s aggregate vote total.